In February 2019, a trial comparable to MR ASAP was published. This trial, RIGHT-2, also an ambulance-based trial, tested nitroglycerin administered within 4 hours from symptom onset in patients with presumed stroke, and overall, nitroglycerin had no effect on functional outcome at 90 days poststroke. This neutral result prompted a temporary halt of inclusions in MR ASAP to conduct a Data Safety Monitoring Board (DSMB) analysis of the first 100 included patients in MR ASAP.

After receiving a positive advice from the DSMB to continue recruitment of patients in MR ASAP, we re-started including patients in January 2020.

Unfortunately, recruitment was halted again on March 20th 2020 due to the consequences of the COVID-19 crisis and its impact on the healthcare system, which has resulted in a further setback in inclusions. From June 15th 2020 onwards, recruitment re-started again and we’re hopeful that we will increase our inclusion rate after the initiation of two additional ambulance regions, which will hopefully allow us to reach our set milestones without too much delay.

In February 2021 recruitment was temporarily put on hold on advise of the DSMB after an interim analysis. More information will follow in the coming months. 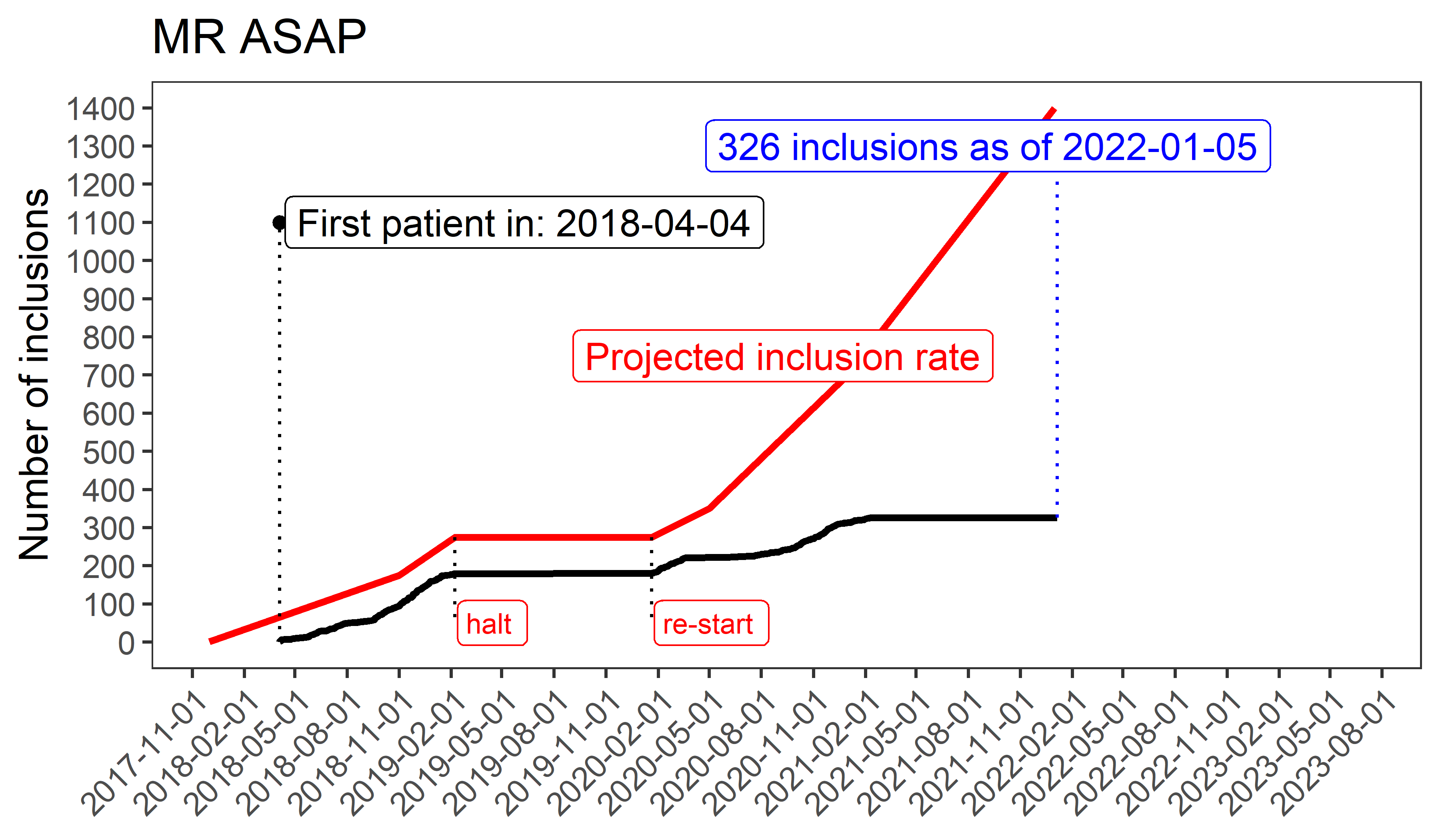